OUR SCOPE IS
INTERNATIONAL.
OUR CONCERNS
ARE UNIVERSAL.

The company brings an evocative, character-driven focus to unusual and otherwise untold stories. We work in fiction, non-fiction, installation, and podcasts. Recent projects include the Oscar®-shortlisted, Emmy-nominated documentary Takeover (New York Times Op-Docs); the Peabody Award-nominated podcast Unfinished: Deep South (Stitcher/Midroll); the limited documentary series Kingdom of the White Wolf (National Geographic Wild/Disney+). Market Road seeks out stories that resonate globally, and we are committed to inclusivity and diversity in both the work we do and the teams with whom we collaborate.

For nearly two decades, MRF has produced premium non-fiction from locations around the world, including nearly a dozen documentaries for National Geographic and celebrated feature-length films such as The Notorious Mr. Bout (2014 Sundance Film Festival). In 2017 the company produced the television event We Will Rise (CNN) that followed Michelle Obama’s mission to educate girls in Liberia and Morocco. Last year, MRF signed a first-look deal with the independent film studio SISTER, inspiring a new emphasis on works of fiction in film and television.

MRF is currently developing a slate of feature films, scripted TV series, and documentaries. Our scripted projects include an adaptation of Takeover, written by José Rivera; a dramedy series based on Lynn Nottage’s Tony Award-nominated play Clyde’s; the feature-film Everlasting Yea!, inspired by the true story of William and Ellen Craft’s singular escape from slavery; a television series based on the beloved E. L. Doctorow novel Ragtime; and a limited series called Henson, about African-American explorer Matthew Henson and his deadly race to be first to reach the North Pole.

Documentary projects in development include Atauchikun, a feature-length film about indigenous whale hunting in the Arctic; Unseen, an immersive podcast series about massage parlor workers in New York’s Chinatown; A Hammer for Witches, a doc-horror series about the lasting legacy of witch hunting; The First, a documentary chronicling democracy in America’s longest Black-represented federal district—Illinois’ 1st; and Sabu, a documentary biopic about an orphan from a India who became the first South-Asian celebrity in Hollywood. 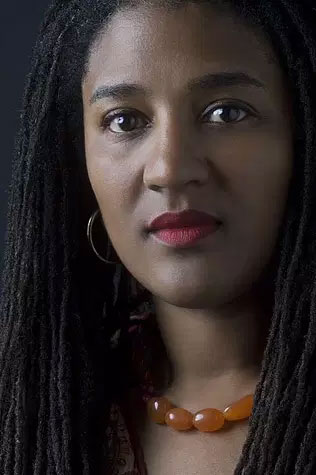 Lynn Nottage is a two-time Pulitzer Prize winning playwright, producer and a screenwriter. Her plays have been produced widely in the United States and throughout the world. After a sold out run at The Public Theater her play Sweat (Premiered and commissioned, Oregon Shakespeare Festival American Revolutions Cycle/Arena Stage, winner of the Susan Smith Blackburn Prize) is moving to Broadway. By The Way, Meet Vera Stark (Lilly Award, Drama Desk Nomination), Ruined (Pulitzer Prize, OBIE, Lucille Lortel, New York Drama Critics’ Circle, Audelco, Drama Desk, and Outer Critics Circle Award), Intimate Apparel (American Theatre Critics and New York Drama Critics’ Circle Awards for Best Play), Fabulation, or The Re-Education of Undine (OBIE Award), Crumbs from the Table of Joy, Las Meninas, Mud, River, Stone, Por’knockers and POOF!. She is currently developing a new play and multimedia performance installation based on two years of research and interviews conducted in Reading, PA. (w/ Oregon Shakespeare, Arena Stage & Labyrinth Theatre Company). In addition, she is working with composer Ricky Ian Gordon on adapting her play Intimate Apparel into an opera (commissioned by The Met/LCT). Over the years, she has developed original projects for HBO, Sidney Kimmel Entertainment, Showtime, This is That and Harpo.

Nottage is the recipient of a PEN/Laura Pels Master Playwright Award, Literature Award from The Academy of Arts and Letters, Columbia University Provost Grant, Doris Duke Artist Award, The Joyce Foundation Commission Project & Grant, Madge Evans-Sidney Kingsley Award, MacArthur “Genius Grant” Fellowship, Steinberg “Mimi” Distinguished Playwright Award, the Dramatists Guild Hull-Warriner Award, the inaugural Horton Foote Prize, Helen Hayes Award, the Lee Reynolds Award, and the Jewish World Watch iWitness Award. Her other honors include the National Black Theatre Fest’s August Wilson Playwriting Award, a Guggenheim Grant, Lucille Lortel Fellowship and Visiting Research Fellowship at Princeton University. She is a graduate of Brown University and the Yale School of Drama, where she has been a faculty member since 2001. She is also an Associate Professor in the Theatre Department at Columbia School of the Arts.

Nottage is a board member for Theatre Communications Group, BRIC Arts Media Bklyn, Donor Direct Action, Second Stage, The New Black Fest, and the Dramatists Guild. She recently completed a three-year term as an Artist Trustee on the Board of the Sundance Institute.

Tony Gerber is an Emmy and PGA award-winning filmmaker who has written, directed and produced over a dozen documentaries for National Geographic, including KINGDOM OF THE WHITE WOLF, a 3-part natural history series filmed on location in the Canadian High Arctic (Disney+). Gerber is a producer of the critically acclaimed, award-winning film JANE about the life and work of Dr. Jane Goodall. He has collaborated with artists Matthew Barney, Allora & Calzadilla, and Ann Sofi Siden (on various film projects.) Recently Gerber collaborated with artist Blane de St Croix on a film about the artist’s journey to the northern-most town in Alaska to research his solo exhibit, HOW TO MOVE A LANDSCAPE (Mass MoCA, 2021.) Gerber is the producer of the short documentary TAKEOVER (Tribeca 2021) about a group of Puerto Rican activists, the Young Lords, who take over a decrepit hospital in the South Bronx launching a battle for their lives, their community, and healthcare for all. The award-winning short distributed by New York Times OpDocs, has been optioned by Sister and will be adapted into a feature film produced by Gerber and Lynn Nottage with Jose Rivera writing the screenplay.

In 2005, Gerber co-founded the NY-based production company, Market Road Films, with two-time Pulitzer Prize-winning playwright Lynn Nottage. Nottage and Gerber are currently developing a feature film, EVERLASTING YEA! for Amazon Studios and are Executive Producers of DEEP SOUTH, the Peabody-nominated, 10-part podcast for Stitcher investigating an 1950s lynching and the conspiracy of silence in a small southern town. Gerber is a member of the Academy of Motion Picture Arts and Sciences, and a board member of UnionDocs, Center for Documentary Art. 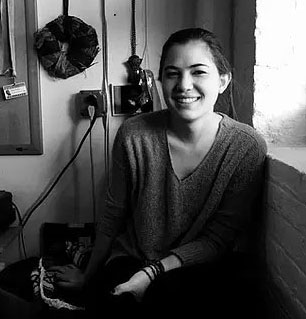 Taylor is a Chinese-American documentary film producer, writer, and journalist. Recently she created, wrote, and reported UNFINISHED: DEEP SOUTH, a 10-part podcast that investigates the 1954 lynching of a wealthy African American farmer on the Arkansas Delta (Produced by Market Road Films and Stitcher). UNFINISHED was named one of the fifty best podcasts of 2020 by The Atlantic.

Taylor’s work focuses on topics of social justice and women’s issues. She has filmed across the U.S., Middle East and Africa, covering stories such as the Kurdish fight against ISIS in Northern Iraq, the theft of African American land in the Jim Crow South, the work of dissident journalists in Angola, and the role of women in the Arab Spring.

She has written and produced documentaries and branded content for National Geographic, HBO, NYTimes, PBS, CNN, CBS, Google, and Rolex. She is a 2017 recipient of Impact Partner’s Producing Fellowship. A graduate of New York University’s honors program, she studied journalism, political economy, and Arabic. 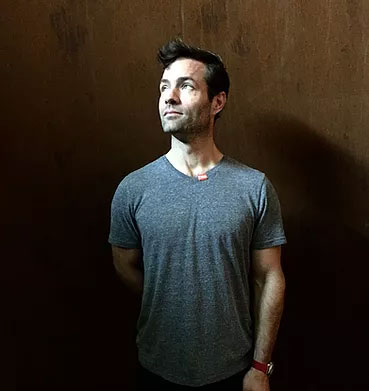 Neil Shea is a writer, filmmaker, and podcaster. His work regularly appears in National Geographic magazine, and he is co-creator with his partner, Taylor Hom, of the critically-acclaimed podcast UNFINISHED: DEEP SOUTH. Neil’s work often focuses on conflict, climate, and cultural change. His latest projects are set in the Arctic, and he’s writing a book (Ecco, 2024) that explores the unprecedented transformation of the Arctic region, in all its gothic horror and wonder. Neil is a contributing editor with The Virginia Quarterly Review and The American Scholar, and he’s a visiting professor of nonfiction at Sewanee, the University of the South.
[ NEILSHEA.NET ] 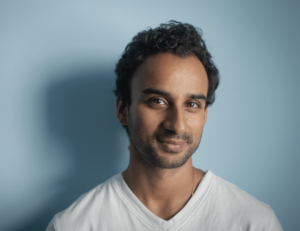 Rohit Beheraj is a writer-director from Bangalore, India and Harrisonburg, Virginia. His study of colonialism in South Asia and the Asian immigrant experience in the U.S. informs his mindful yet unflinching approach to filmmaking. Rohit’s short film Sidelined was awarded a grant from the NYC Mayor’s Office of Media and Entertainment and his film Protégé is currently on the festival circuit. He has worked as a PA and Production Coordinator on television shows and commercials for TLC, Lifetime, A&E, and also has extensive experience with post-production workflows. Rohit is an Associate Producer at Market Road Films, and holds an MFA in Directing from the Feirstein Graduate School of Cinema. 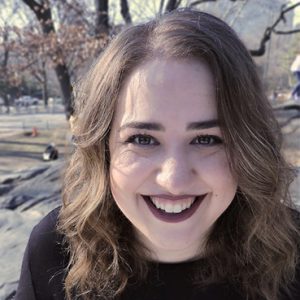 Laura Colleluori likes helping smart, creative people make the things they want to make, whether in film, theatre, or community organizing spaces. She works as the Production Manager at Market Road Films, and occasionally collaborates with her friends at Open Stories Ensemble, Blue Otter Theatre, and Earth Complex. In her spare time, she organizes with her neighborhood mutual aid group, and with activists fighting to make universal healthcare a reality in New York. She holds a Bachelor of the Arts in Theatre Arts and Italian Studies from Dickinson College, and has completed additional training at Duke University, Yale University, the University of Bologna, and the Funny School of Good Acting.

We will not consider unsolicited movie pitches, plays or screenplays.
website by